Navigate an interactive map of nearly 5000 points representing the locations of surveyed nuclear fallout shelters across the 7-county metropolitan area of the Twin Cities. This includes the Minnesota counties of Anoka, Carver, Dakota, Hennepin, Ramsey, Scott, and Washington. The population centers of Minneapolis and Saint Paul constitute over half of the shelter locations.

This app series breathes new life into a massive 2-million point Nuclear Fallout Shelter database that was created by the Civil Defense (CD) and maintained by the Federal Emergency Management Agency (FEMA) from the 1960s to the 1990s. The information had been lost and forgotten, but now the data is rejuvenated and conveniently compiled for your fingertips to find!

In addition to filtering by spatial county division, the data can also be filtered by building use. Use categories of Residential, Educational, Religious, Government, Commercial, Industrial, Transportation, Amusement, and Miscellaneous are all displayed with logical icons so you can quickly distinguish what type of building a point is while scanning the map. Apartments with basements, businesses, tunnels, caves, mines, bridges, churches, schools, and other structures were surveyed and included in the database. Some historical cave maps are even provided for reference! Unauthorized entry into any of these locations may be dangerous and considered trespassing; please respect the law and protect all locations.

Although much of the original database has been redacted, some clever inferences and a whole lot of deep-tissue data massage have revealed a number of informative fields. This data is conveniently served in a popup tied to each point. Fields include Building Name, Address, Date Updated, Owner, and Use. For some locations, additional attributes are provided regarding the number of signs posted and amenities that would be critical during a survival situation.

This historical information is invaluable as it shows just how prepared we were for the worst case scenario during the Cold War. It offers a timeless glimpse at how resourceful America can be when the situation mandates unity. The amount of work that went in to preparing and maintaining this database is truly mind-blowing!

Play a Fallout Shelter Game and hunt for remaining artifacts from an era bygone: locations that once had yellow and black fallout shelter signs posted are indicated with larger, highlighted icons. Physically visit these locations (while obeying all trespass laws) to verify whether any signs still exist, then use the submission form in the app to inform us of the location and help update this incredible shelter database!

If you are seeking a specific building or feature, query the shelter database or look up an address using the search functions. You can also turn on geolocation to center the map on your position and see what is nearby, or quick-zoom to a number of preset population centers where shelters and amenities are likely to be concentrated!

Five different base layers are available for your enjoyment including satellite imagery, a road map, a night map, a topographic map, and a geologic map. The night map and satellite imagery can be saved for offline usage where desired.

From a ‘prepping’ perspective, the data will serve as an invaluable tool during nuclear war as most of the buildings and locations included still exist. When the power and communication grids go out and chaos ensues, this app will continue work as long as the GPS satellites remain in orbit and a solar charger keeps your phone battery charged.

Whether you fear the apocalypse or are cautiously optimistic, the threat of nuclear war is a real one. When the radiation is falling out of the atmosphere, will you know where to go? Anything that can offer an edge could make a world of difference during the apocalypse!
Fallout Shelters of the Twin Cities! History preserved. 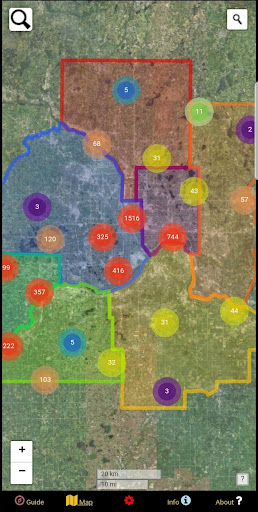 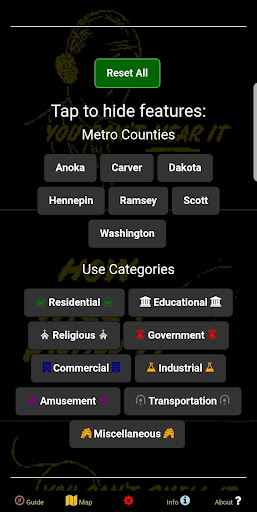 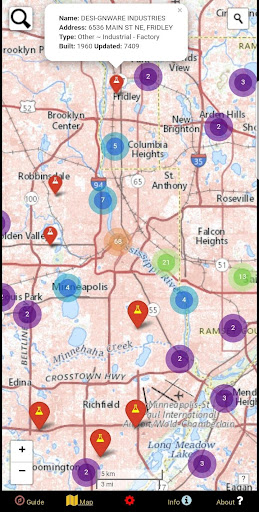 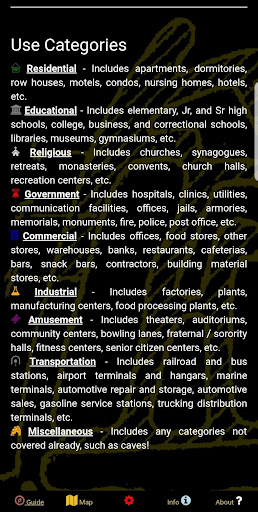 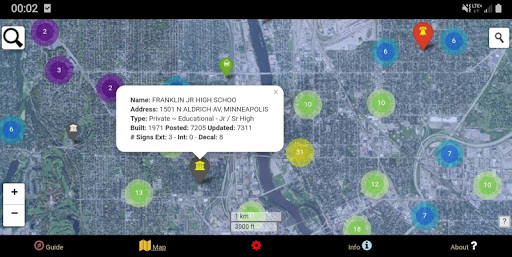 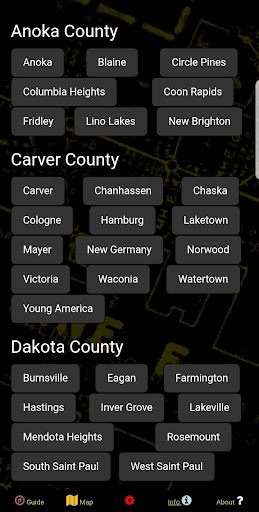 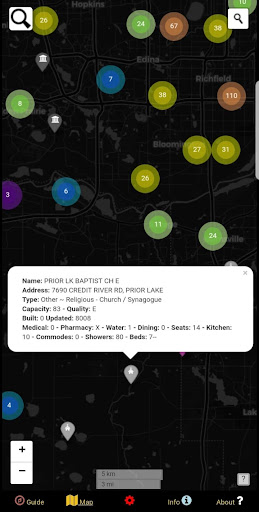 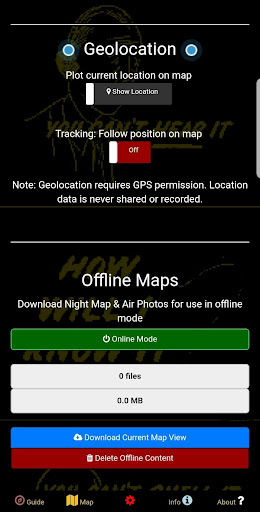 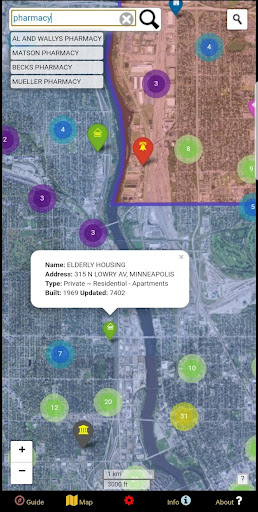