History
Kiela is a secular game of African origin.

It is considered the oldest strategic game in the world.

This game is traditionally played by counting and distributing stones in small holes dug in the ground.

Being a mathematical and strategic game, Kiela was used, for centuries, as a way to choose the cleverest person to guide the kingdom or the army, or even to marry the princess.

According to the wise elders, the essence of this game is to win the adversary without killing him. Therefore, the captured adversary’s soldiers are not sent out the board. “All the soldiers in this situation (captured) will immediately become part of the captor’s army in which they will serve honorably and will have the same status as their captor” (Campos, B. in Kiela – A Game of African origin, 1998, 2000.

Kiela is strategy, but also an appeal to peace, harmony and respect to the human life.

Rules of the traditional version

Which stones belong to you?

The stones contained in the two upper lines belong to your adversary.

Your stones are placed in the two closer (lower) lines.

Each player has two lines: one external line and one internal line.

The aim of the game is to capture the opponent’s stones and integrate them into your team.

How to move the stones?
By touching one house (on the screen), all stones will be removed from it and distributed to the following houses, dropping one stone each, in counterclockwise.

When to continue and when should you stop?

If the last stone falls into a house which is not empty, then:

If that house is placed in the external line, you will remove all the stones in this house and keep placing them, one by one, into the next houses;

If that house is placed in the internal line, and the nearest opponent’s house is empty, then you will proceed as indicated in a).

If the last stone falls into an empty house:

In this case, you will stop. Then, your turn is over and your adversary starts playing.

When is the match over?

The match ends when one of the players captures all the stones from the adversary, or when it is quite impossible to make any progress.

Notice
This software was based on the first version developed by Bernardo Campos (1993). More information can be found in his Book (Kiela – A Game of African origin).
Performance Improvements 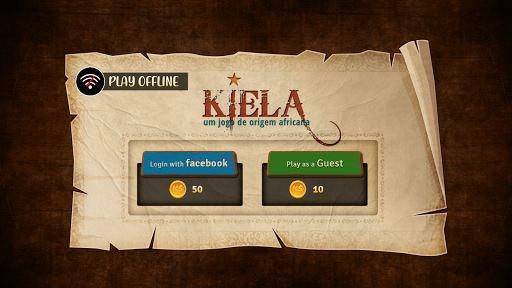 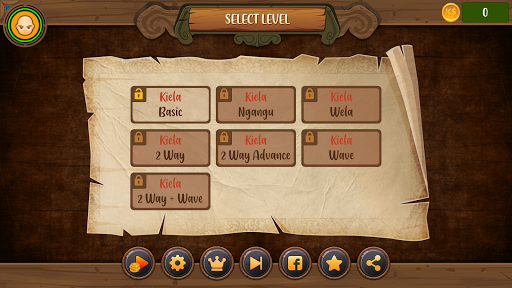 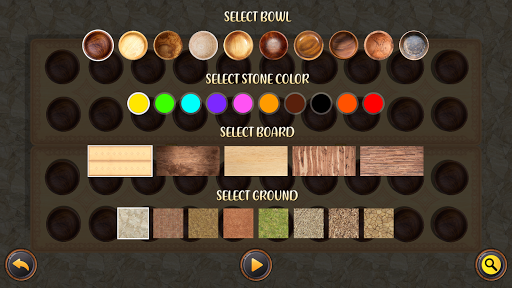 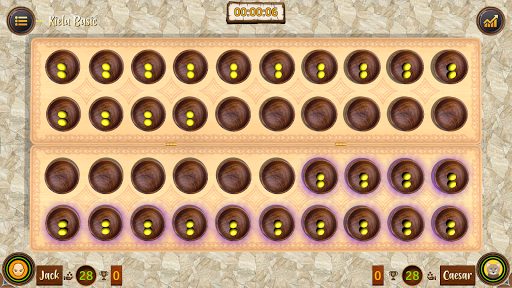 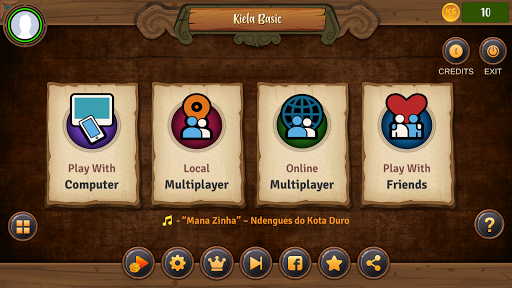 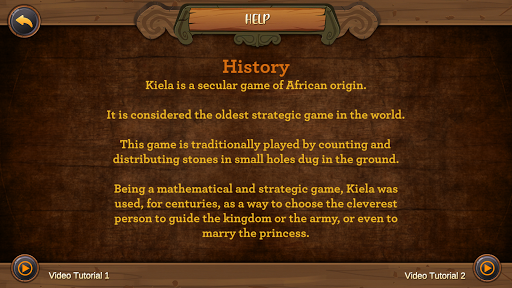